The pandemy of COVID-19 in our country in the spring of 2021 was finally starting to weaken, and we urgently needed to go on a herpetological expedition. The original plan to go to Montenegro thwarted the local outbreak of COVID, as a result of which it was practically impossible to travel to this country for the purpose of herping. In the end, we decided on Croatia, where the situation was more favorable.

The goal of our expedition was, in addition to the classic herpeto trip, to shoot footage of nose-horned vipers for the upcoming documentary from Repti Planet. Due to the number of people, but especially the amount of equipment, we were forced to go with three cars. We traveled in pairs, each on its own route. Traveling with Petr’s car went beautifully, at the borders there were only cursory checks of documents and confirmation of booking accommodation in Croatia. However, when we arrived at the agreed place near Zadar, we were a little shocked. Temperature 1 °C and snow everywhere. The camp we had booked through Booking.com did not exist and no one answered the phone. In the end, we found another camp nearby, where we preferred to sleep in a car due to the outside temperature. It was clear to us that the next day we had to go further south.

So in the morning we went south, watched the temperature on the thermometer and rejoiced in every half degree. Finally, a digital thermometer in the car showed us some 13 °C when we arrived at the planned locations around the Makarska Riviera. It was partly cloudy and a gentle but cold breeze was blowing, so we hardly believed in any success. In a moment, however, we found several young Balkan green lizards (Lacerta trillineata) and soon after them a few Dalmatian wall lizards (Podarcis melisellensis). The lizard trio culminated in the discovery of a Blue-throated keeled lizard (Algyroides nigripunctatus). Along the way, we came across two small wells, in which it was crowded with tadpoles of common toads (Bufo bufo) and fire salamander larvae (Salamandra salamandra).

In the evening we camped directly at a selected location in Makarska. Dan took care of entertainment for us, when a piece of road was torn under his Transit while parking and the car remained hanging on the rear axle, tilted slightly off the cliff. Fortunately, our team is composed not only of smart, but also skilful members, and so we finally managed to free the car with the help of a jack and a bridge assembled from the material collected around. There are a lot of abandoned buildings in Croatia full of very useful things.

In the morning we didn’t have to hurry into the field, as the temperatures were still quite low. While enjoying breakfast, a Balkan chamois (Rupicapra rupicapra balcanica) came to look at us from the top of the rock above.

We searched in vain in the area for the endemic Dalmatian rock lizard (Dalmatolacerta oxycephala), which was supposed to be very common here, but probably the weather was not warm enough for it yet. During the morning herping we saw the same species as the previous day and in addition one young Dahl’s whip snake (Platyceps najadum), which quickly disappeared among the stones. A few hours later, however, I managed to find an adult.

The next day, due to the deteriorating weather, we headed back north, where it was paradoxically warmer and sunny. Along the way, we stopped at several randomly selected locations. On the first of them, which was the lowland used for sheep grazing, Verča saw a glass lizard right by the road. I sacrificed myself and jumped into the thorns for him. I caught him, but they had to unwrap me from there, and for the next half hour I pulled the thorns out of my hand with tweezers and a needle. If I only knew how many glass lizards we find during the next days. A local herdsman passing by stopped by and told us interesting information. When he sees a glass lizard, he catches it and takes it home, and there it hunt mice for him and he is better at it than a cat.

We made another stop at a small lake, where it was crowded with marsh frogs (Pelophylax ridibundus) and we also found a clutch of yellow-bellied toads (Bombina variegata).

We also stopped at a lonely mountain with a rock “crown”, where we assumed the possible occurrence of vipers. The location was nice, but a strong wind was blowing and the temperatures were still quite low. Eventually, however, Dan found a big Montpellier snake.

In the evening we arrived at our destination, which was the island of Pag.

In the morning we went to my favourite location of Hermann´s tortoises near our camp. However, it was very cold and a relatively strong wind was blowing and instead of tortoises we found only a few remnants of their carapaces and one green toad (Bufotes viridis).

It was still cloudy and we moved to the lowland agriculture part of Pag, around Lake Kolansko blato. The sky miraculously began to tear, and we enthusiastically set out to search the area around the stone walls. The first findings did not take long. The sun’s rays lured out glass lizards from their hiding places, and we found here almost 20 individuals. The largest of them measured 103 cm.

We found one male of green tree frog (Hyla arborea) and tadpoles of green toad (Bufotes viridis) in the wet parts of sheep pastures. The excavated watering hole, as well as a network of small streams irrigating the individual fields, was a great place for pond turtles (Emys orbicularis), of which we found several individuals.

We were very pleased to find the great Malpolon insignithus, which was just swallowing a glass lizard.

Later in the afternoon, we headed to a more rugged part of the island to a well-known viper site. Apart from one small Hermann´s tortoise (Testudo hermanni), which was just leaving the winter quarters, we did not saw any other reptiles that day.

On the sixth day we moved to the northern part of the island of Pag, to the famous olive grove near the village of Lun. Walking among the very old olive trees was an interesting experience, but herpetologically we did not like the location very much for its very modified appearance. However, we have observed several Italian wall lizards (Podarcis siculus), which we have not seen anywhere until then, although otherwise they are very common in Croatia.

So we decided to slowly return to yesterday’s viper site. Today the weather looked a little better and so we promised ourselves a better chance of success. On the way we stopped at a small lake, where we found several green toads under a pile of garbage and a few glass lizards in the vicinity.

Ondra told us that you can walk to the site beautifully in another way straight from our campsite. Well, that was the last time we trust him. After a difficult climb through the rocky terrain and penetrating the thorny bushes accompanied by all sorts of swearing, we reached a plateau that looked a bit like a lunar landscape. After a few hours, however, we finally saw the target valley. It was only slightly warmer than the day before, but the small “wadi” had turned beyond recognition. Dozens of Hermann´s tortoises (Testudo hermanni), some still soiled with dirt, as they were leaving their winter quarters, were roaming all around where it was deserted the day before.

It didn’t take long and we caught the first snake – the Balkan whip snake (Hierophis gemonensis). Even our target vipers didn’t wait long and we managed to find three beautiful specimens. We have also seen one large Balkan green lizard (Lacerta trilineata).

Filled with a good feeling from the successful herping from the previous day, we headed back south, where the weather had improved a bit. The aim was to locate the yellow form of the dice snake, which locality we will not specify here for its vulnerability. On the way we stopped at a shallow valley with a meandering stream, where we observed another pond turtles. We arrived at the lake in the evening.

In the morning, when the air was a little warmer, we went to explore the shore of the lake. Within a while, we found several beautiful yellow dice snakes. We also saw two large grass snakes (Natrix natrix) in the water, which we did not manage to photograph. The stone walls were crowded with Blue-throated keeled lizards (Algiroides nigripunctatus) and we also saw some Italian wall lizards (Podarcis siculus) and the Balkan green lizards (Lacerta trillineata).

Our expedition was slowly but surely approaching the end, so we headed north, searching for the Balkan subspecies of the common viper (Vipera berus bosniensis). Along the way, we stopped at a nice castle ruin, where we found several tortoises (Testudo hermanni), Balkan green lizards (Lacerta trillineata) and Italian wall lizards (Podarcis siculus) and one common toad (Bufo bufo).

We were successful at the first selected locality of vipers. This time, Chief Petr himself scored, discovering a melanic viper (Vipera berus bosniensis). The waterlogged meadow in the immediate vicinity of the highway was also the habitat of the agile frogs (Rana dalmatina), from which we found dozens of clutches here. In the puddles on a dirt road parallel to the highway, we again saw only a clutch of yellow bellied toad. But I was pleasantly surprised by the finding of smooth newts (Lissotriton vulgaris). According to the morphological features, it was probably some transitional form between the subspecies L. v. vulgaris and L. v. meridionalis.

We did not find a viper in the second locality, but we were very surprised by the fire salamander (Salamandra salamandra), which we did not expect at all in this lowland flat landscape.

On the last day we had a planned visit to the Zagreb Zoo and the local nearby locality of the nose-horned viper, on which we were guided by the reptile curator of the Zagreb Zoo Ivan Cizelj. We focused mainly on filming, so there was no time for photography. Within half an hour, however, we found several individuals of nose-horned vipers (Vipera ammodytes). Wall lizards (Podarcis muralis) moved on the rocks around. In the vicinity we also found the grass snake (Natrix natrix), the slow worm (Anguis fragilis), the eastern green lizard (Lacerta viridis) and the fire bellied toad (Bombina bombina).

We very liked the Zagreb Zoo. It is worth mentioning especially the very nice exposition of all species of Croatian snakes and also of course the human fish (Proteus anguinus), which I had the opportunity to see for the first time in our lives.

The goal of the expedition was fulfilled and we had no choice but to set out on a journey back to the Czech Republic. And you can look forward to the upcoming documentary, which should premiere in early 2022. 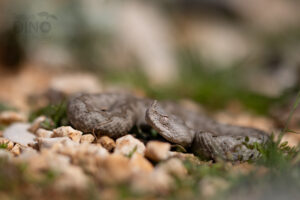 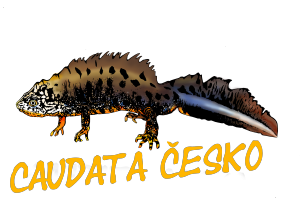